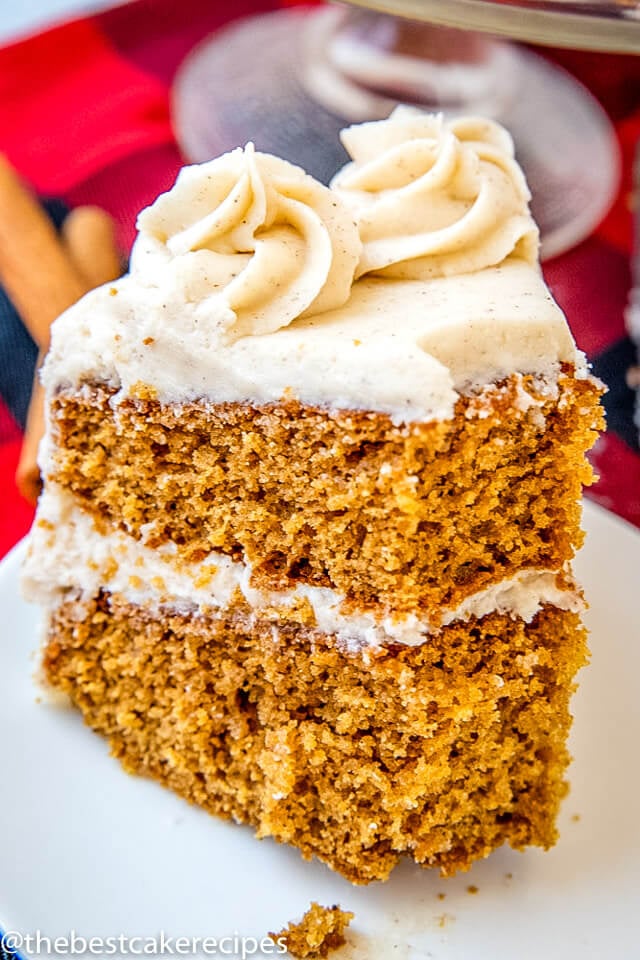 A deep flavored, rich homemade cake with spiced buttercream frosting. This molasses spice cake is perfect for the holiday season! You may also love our gingerbread snack cake. 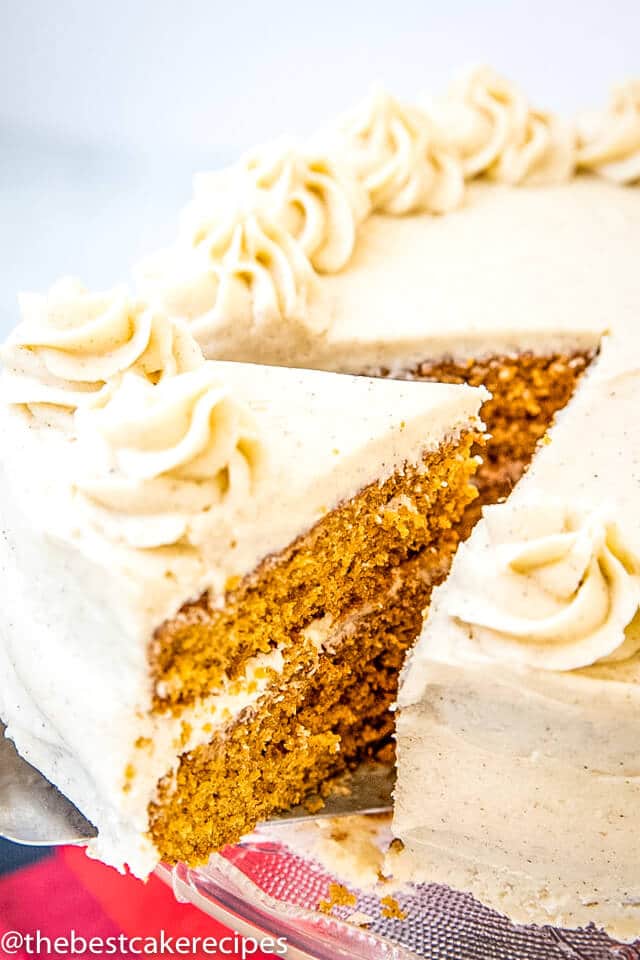 If there is one flavor our family loves during the holiday season, it is molasses. It’s the key ingredient in gingerbread but also can be the base of a delicious spice cake. This spice cake is homemade but is very forgiving and is easier than you may think!

For this recipe you’ll want to use a dark molasses rather than light, but even within dark molasses flavors, there are several different products. Unsulphured molasses is generally the type of molasses used in baking. Grandma’s Molasses Brand is the molasses commonly found in stores. The “original” style of this brand is the kind we most often use at home. Sulphured molasses just means they’ve added sulfur dioxide to prevent fermenting and give it a longer shelf life. It will taste the same as unsulphured.

Blackstrap molasses is generally not used for baking because it is so bitter. It is the product of boiling sugar cane or sugar beet the third time, so it is dark, thick and strong flavored. It is the healthiest molasses, however, being rich in vitamins and minerals. 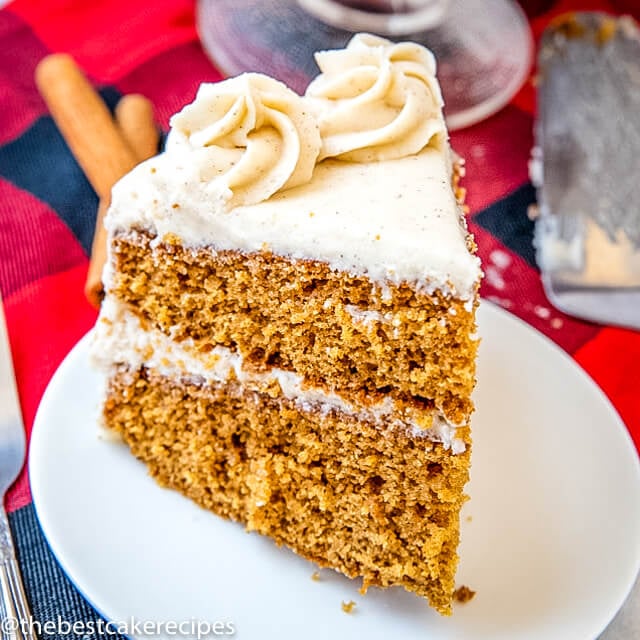 What Spices are in Spice Cake?

Common spices found in spice cake are cinnamon, cloves, ginger and nutmeg. Sometimes you’ll find allspice. But for this recipe we kept it simple with cinnamon and cloves. These two spices really enhance the flavor of the molasses.

How to Make Spice Cake

You’ll make this cake in 2 8″ round cake pans. Be sure to grease them with shortening and then dust them with flour. You can also use our cake release. This will help the cakes come out cleanly.

In this cake recipe we use shortening. Butter has better flavor, but shortening gives cakes a better texture and lighter crumb. Cream the shortening and sugar together, then add in the eggs and molasses, mixing between each addition.

How do you know when cake is done? Touch the center of the cake. It is done when it springs back after touching it. Don’t open the oven door until you think the cake looks done. If you open it too early or too many times, the cake may fall. 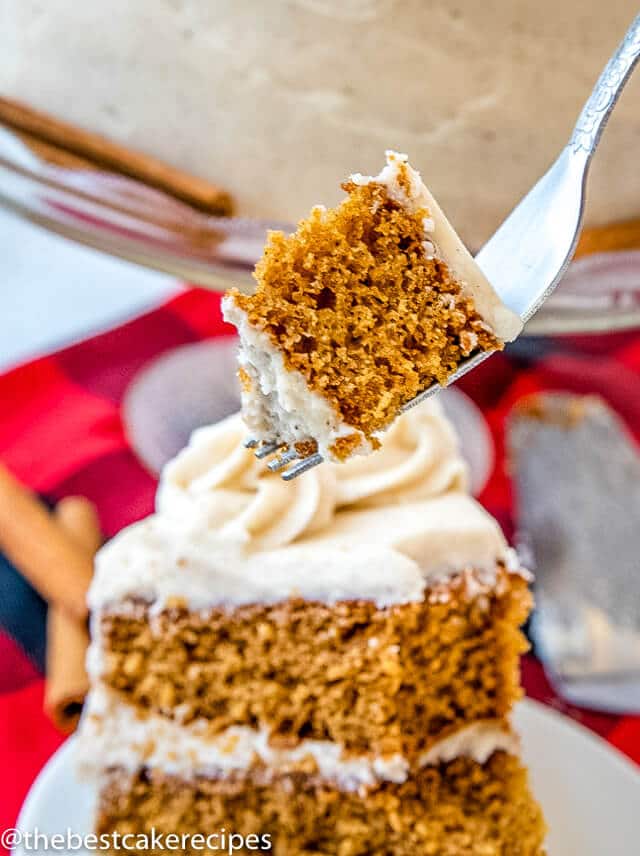 So what frosting goes best on spice cake? If you’d like you can use a simple spiced whipped cream as we do in our easy spice cake recipe, but since this is a layer cake, we decided to make a spiced buttercream frosting. Here are some hints when making the frosting:

TOOLS TO MAKE THIS CAKE

To make the cake:

To make the frosting:

The calories shown are based on the cake being cut into 15 pieces, with 1 serving being 1 slice of cake (and using all of the frosting). To lower the calories, make less frosting and frost it lightly as a "naked" cake. Since different brands of ingredients have different nutritional information, the calories shown are just an estimate. **We are not dietitians and recommend you seek a nutritionist for exact nutritional information.** 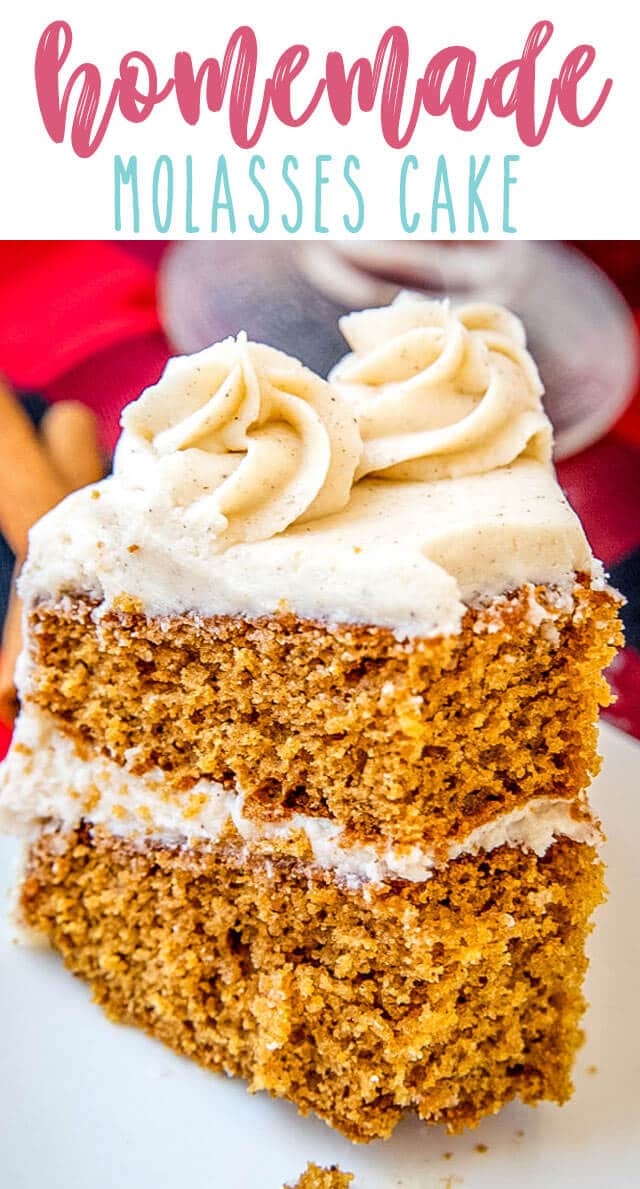 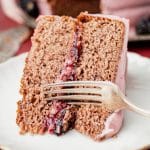 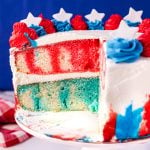 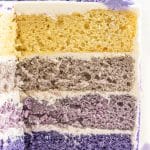 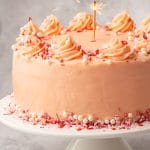